India Signs Loan Agreement with World Bank for UP Tourism Project An agreement for IBRD Credit of USD 40 Million from World Bank for “U.P. Pro-Poor Tourism Development Project” was signed between India and the World Bank. The programme size is approximately USD 57.14 million, of which USD 40 million will be financed by the
read more 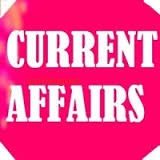 Hamesha Vijayee Exercise Held in Rajasthan The Indian Army’s Southern Command had conducted exercise ‘Hamesha Vijayee‘ in the deserts of Rajasthan to evaluate the capability of the armed forces to strike deep into the enemy territory in an integrated air-land battle. The military exercise is being carried in the general area of Barmer and Jaisalmer
read more